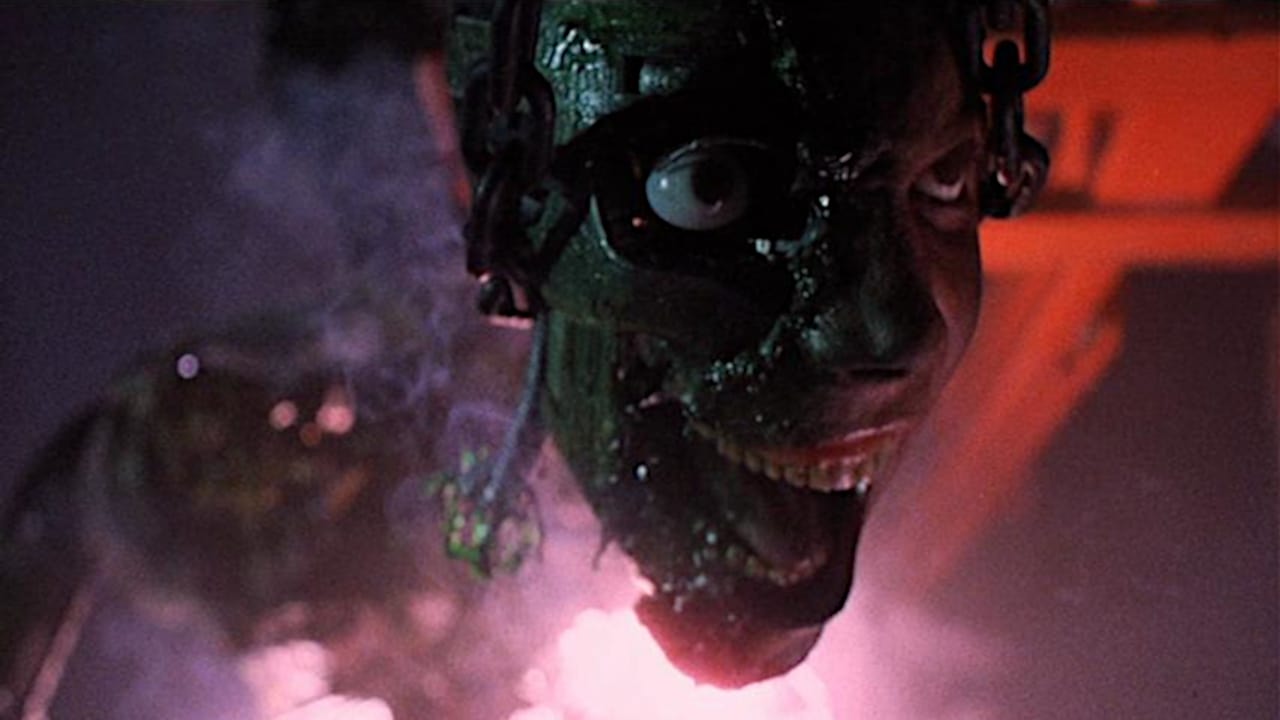 “The ultimate teaching machine … out of control!”  There’s just one thing wrong with the Class of 1999 … their teachers are killer cyborgs hell-bent on handing out demerits, detention and death!  Is this the future of education?  In this insane sci-fi/horror follow-up to the “teachers vs. punks” classic, Class of 1984, anarchy rules and crime runs rampant in and around gang-plagued high schools in the far-flung future of late-1990s America. Seattle’s Kennedy High School has become a free-fire zone: an independent area where even the police don’t dare to enter.   Desperate to bring order back to his out-of-control school, Dr. Miles Langford (Malcolm McDowell) agrees to take part in a secret government program created by the Department of Educational Defense (headed by an albino Stacey Keach) that installs three former military cyborgs (played by Pam Grier, John P. Ryan and Joshua Miller) as undercover android educators at Kennedy High.   What could possibly go wrong?   Before you know it, these “tactical education units” have malfunctioned and taken their zero-tolerance policies to new levels of severity, and the students of Kennedy High are about to learn they’ll be staying after school … forever!   A rancidly violent, hilariously over-the-top action flick/social commentary that combines all the best elements of The Terminator and Dangerous Minds, Class of 1999 earns an A+ in Cheezy Movies 101! (Dir. by Mark L Lester, 1990, USA, 99 mins., Rated R)