In 2003, NASA sent the exploration rover Opportunity on a mission to Mars. Intended to analyze rock and soil samples and expected to have a lifespan of only 90 days, the rover instead lived on for 15 years and continued to share vital dispatches from the Red Planet it now called home. With its devotion to its mission and its indomitable spirit, the rover earned the nickname “Oppy” and won the hearts of the earthbound NASA staff. Their affection is shared and reflected by filmmaker Ryan White, who helms this comprehensive documentary that doubles as an open-hearted, intergalactic underdog tale. Reassembling the key figures involved with Oppy’s mission, exhuming incredible archival footage, and collaborating with Industrial Light & Magic on awe-inspiring recreations, Good Night Oppy reminds us of friendship’s capacity to transcend tremendous distances and celebrates an extraordinary robot’s ability to bring out the best in its human colleagues. (Dir. by Ryan White, 2022, USA, 105 mins., Rated PG) 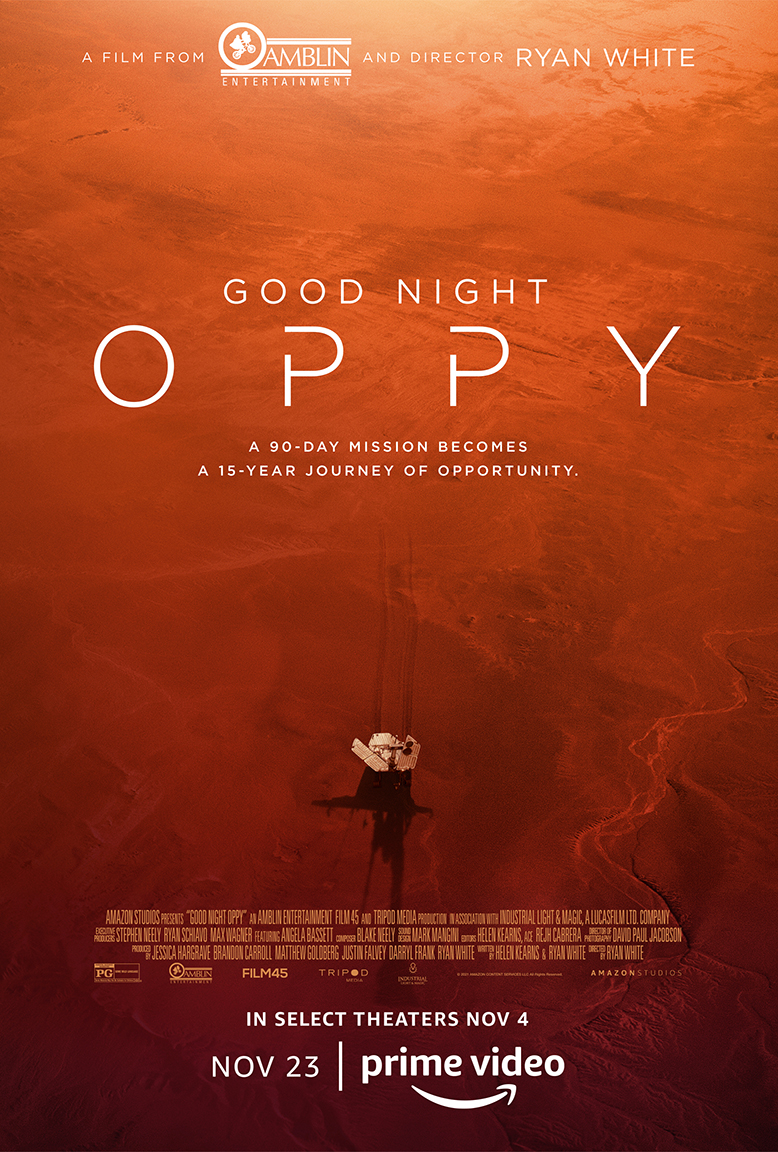