Travel back to Haddonfield with Scream Queen Jamie Lee Curtis as she battles The Boogeyman in the one, the only, the original Halloween, in a 4K restoration that’s twice as terrifying on the big screen!

John Carpenter’s low-budget “babysitter in peril” fright flick terrified the world and became not only a landmark in modern horror, but also one of the most phenomenally successful independent films ever made, setting the standard for the onslaught of oversexed-teens-meet-maniac killer movies to come. Jamie Lee Curtis (in her first major role) shot to Scream Queen stardom as the innocent but resilient Laurie, a high school girl made all too aware on one memorable Halloween night that evil stalks the shady streets and living rooms of her small Illinois town in the form of escaped psychopath Michael Myers, a hulking monster in a white mask who may indeed be “The Boogeyman.” Skillfully turning the tension screws via prowling Steadicam tracking shots, frighteningly deep shadows and an almost mythical sense of unstoppable evil, the remarkably assured young filmmaker transformed Halloween from a mere exploitation film into a horror classic for the ages. Co-starring P.J Soles and Nancy Loomis as Curtis’ terrorized pals and a riveting Donald Pleasence as the slightly demented doctor hell bent on vanquishing the evil force that is Michael Myers. (Dir. by John Carpenter, 1978, USA, 91 mins., Rated R) 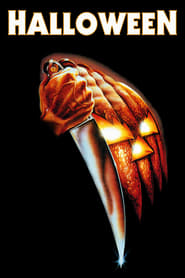