Award-winning playwright Martin McDonagh brought his considerable talents to the big screen for the first time with this surreal, pitch-black assassins-in-hiding comedy. After a particularly difficult/botched job, Irish hit men Ray (Colin Farrell) and Ken (Brendan Gleeson) are given instructions to “get the f**k out of London,” and to head to Belgium to hide out until things cool down. Ray hates the quaint, storybook city of Bruges they land in, but Ken finds its beauty and peacefulness enchanting. Their experiences become increasingly chaotic and possibly life-changing as they encounter tourists, locals, and a potential romance for Ray, all while engaging in a life or death struggle with a very angry crime boss named Harry (Ralph Fiennes).  Nominated for a Best Original Screenplay Oscar, McDonagh’s hilarious, profound, profanity-packed comedic thriller is a genuine modern classic. (Dir. by Martin McDonagh, 2008, UK, 107 mins., Rated R)

On 13 November 2022, the CICAE will organize the seventh EUROPEAN ARTHOUSE CINEMA DAY, in association with the Europa Cinemas network and co-funded by Creative Europe’s MEDIA programme. Since 2016 more than 700 cinemas in over 40 countries have participated in the event, offering magnificent programming including previews, films for young audiences, and classics from the history of European cinema. With special guests, debates and exhibitions, the Day event is always as multifaceted as European cinema itself! We look forward to celebrating the diversity of European cinema around the world in 2022! 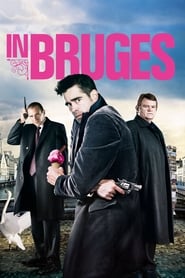