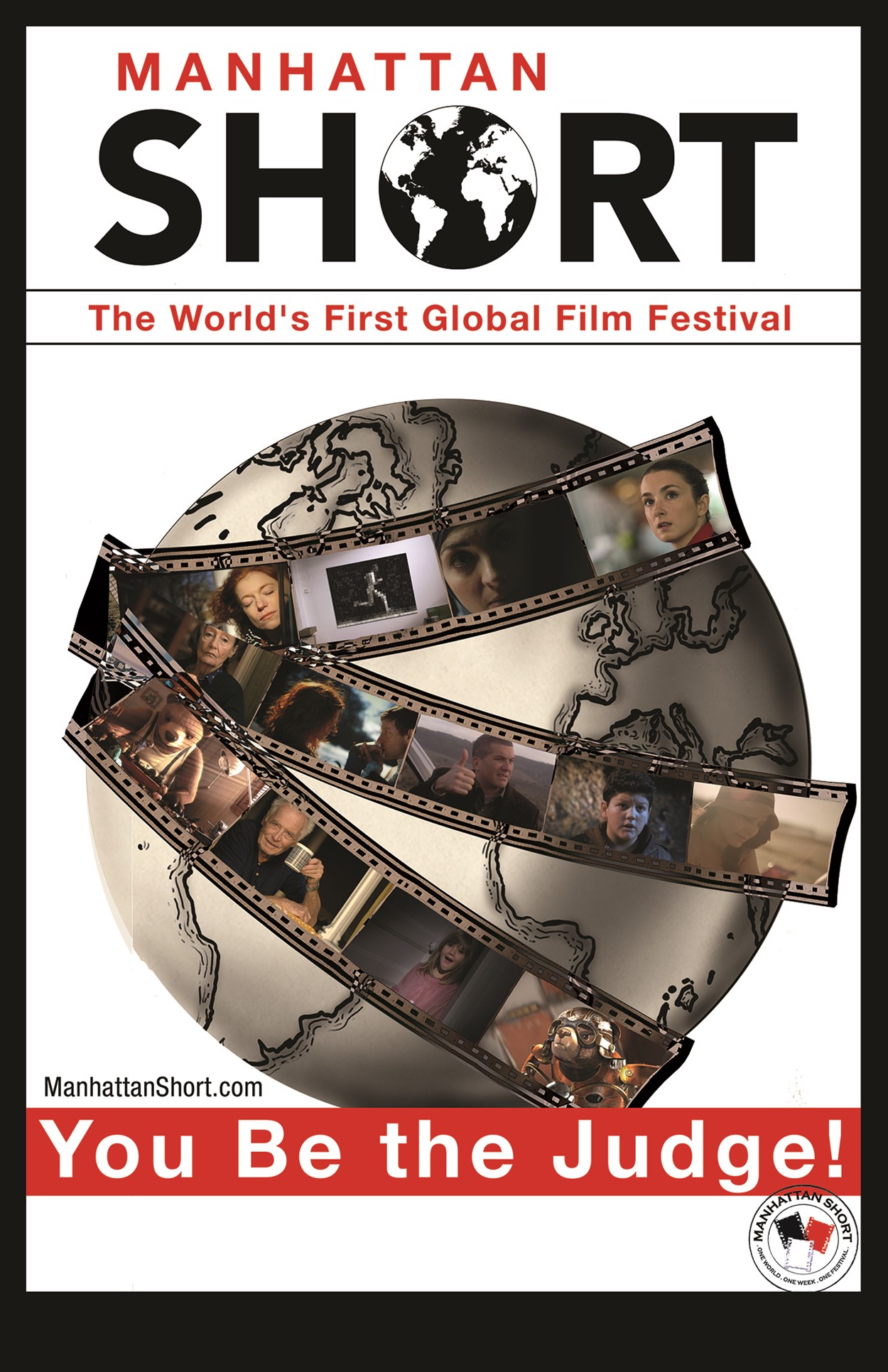 Don’t miss the 25th annual Manhattan Short Film Festival, featuring 10 great new shorts from around the world – and YOU help select the winner!

Moviegoers in Tucson will unite with over 100,000 film lovers in over 500 cities spanning six continents to view and judge the work of the next generation of filmmakers from around the world when the 25th annual edition of “the world’s first global film festival,” Manhattan Short Film Festival, screens at The Loft Cinema!

What makes the Manhattan Short Film Festival unique is that the audience will not only be watching and enjoying the films, but judging them as well.  Each audience member will receive a voting card and asked to vote for the one film they feel should win. Votes will be tallied at each participating cinema and submitted to festival headquarters where the winner will be announced in New York City, as well as posted on the Manhattan Short website, on Monday, October 3.

With past finalists achieving the ultimate in recognition by being nominated for, and even winning, the Academy Award in the short film category, the Manhattan Short Film Festival has become known as a breeding ground for the next big thing, and you’re a part of the action!

Don vs Lightning. Don desires a quiet, rural life in the rural Scottish Highlands. Unfortunately, the Universe has more electrifying plans in store for him. (Dir by Big Red Button, Scotland, 12 mins, Not Rated).

Love, Dad. A woman rediscovers letters her father wrote to her from prison. She then decides to write to him, putting on paper what couldn’t be said. (Dir. by Diana Cam Van Nguyen, Czech Republic, 13 mins., Not Rated)

Save the Bees. When a gruesome accident makes a messy break up even messier, a couple decides to set aside their differences in order to save themselves. (Dir. by Charlie Schwan, USA, 11 mins., Not Rated)

The Treatment. A clinic offers bald men a full-proof way to restore hair…as long as you’re okay with one controversial but related side effect. (Dir. by Alvaro Carmona, Spain, 9 mins., Not Rated)

Freefall. A London stockbroker with a bad track record makes the bet of his life when New York’s World Trade Center is attacked on 9/11. Inspired by a true story. (Dir. by Emmanuel Tenenbaum, France, 20 mins., Not Rated)

Fetish. An Asian American woman’s one-night stand takes an unsexy turn when breakfast the morning after comes with a side of fetishism. (Dir. by Rhian Williams, USA, 13 mins., Not Rated)

Freedom Swimmer. A man’s perilous swim from China to Hong Kong parallels his granddaughter’s desire for freedom beyond a city once viewed as a refuge. (Dir. by Olivia Martin McGuire, Australia/France, 15 mins., Not Rated)

The Blanket. Winter, 1939 Finland. A 10-year-old girl is sent to fetch milk for her baby brother. There are hazards more dangerous than thin ice. (Dir. by Teppo Airaksinen, Finland, 15 mins., Not Rated)

Warsha. A Beirut construction worker volunteers for the most dangerous job on the site. Away from everyone’s eyes, a secret passion takes flight. (Dir. by Dania Bdair, Lebanon/France, 15 mins., Not Rated)

The Big Green. The owner of a logging camp suddenly finds herself stuck up a tree without a ladder and no signal on her mobile phone. The only way out is up. (Dir. by Laurenzo Massoni, France, 18 mins., Not Rated)