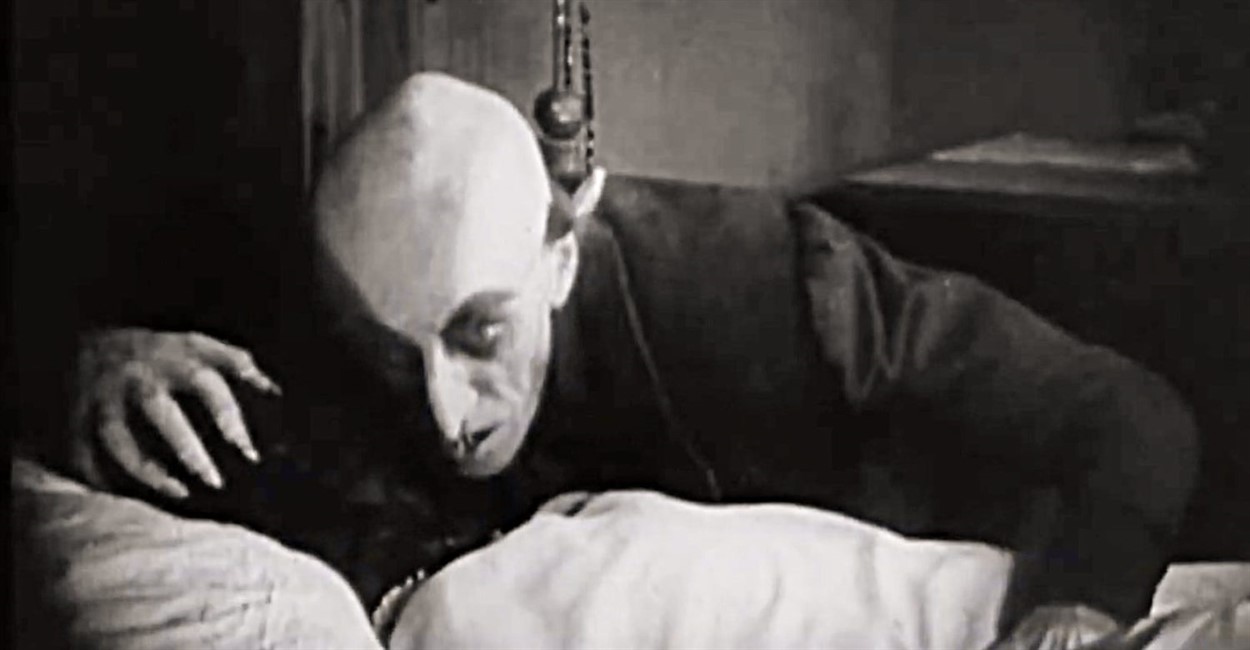 Blood is life! A classic of German Expressionistic Horror, F.W. Murnau’s 1922 Nosferatu is one of the most revered films in cinema history. As the world’s first vampire movie, it is widely regarded as the first important horror film – but it was almost erased from the history books when the estate of Dracula author Bram Stoker sued the filmmakers for copyright infringement and most of the prints were destroyed.  Nosferatu is an unauthorized adaptation of Stoker’s iconic novel that reinvents the vampire character as Count Orlok, a bald, spidery monster with rat-like fangs and giant claws. Filmed using deep shadows and moody low-angle camera placement to maximize the creep factor, Nosferatu, with its metaphysical horror, plague of rats and unforgettable leading monster, was so unsettling to 1922 audiences that rumors persist to this day claiming actor Max Schreck really was a creature of the night!  (Dir. by F.W. Murneau, 1922, Germany, silent with English intertitles, 81 mins., Not Rated)

For over a decade, The Invisible Czars have been crafting original silent film scores combining rock and orchestral music, adding custom artwork and unique wardrobes to their performances. Performing regularly throughout the U.S. and Canada, they have amassed a fan base which includes film buffs, music lovers, horror fans, sci-fi geeks, metal-heads, goths and classical music lovers. Critics have praised The Invincible Czar’s Nosferatu soundtrack for making the century-old movie “actually scary” for modern day audiences.   Since they debuted the score in 2015, the band has performed it well over 100 times.   Their inventive soundtrack for Nosferatu is written for four or five players and includes violin, glockenspiel, organ, flute, bass clarinet, voices and vocals, music box, loops, electric guitar, bass, piano and all manner of percussion. In 2021, they updated the soundtrack to include drums and more of a rock edge while retaining their signature delicate creepiness. 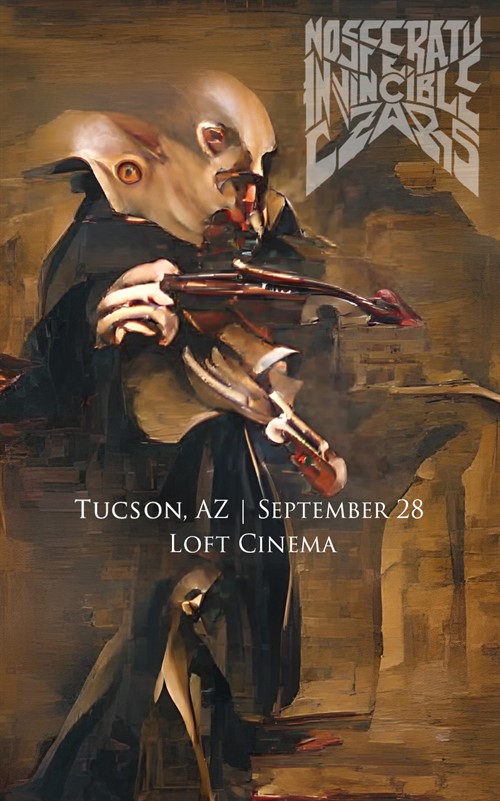