Return of the Killer Tomatoes! 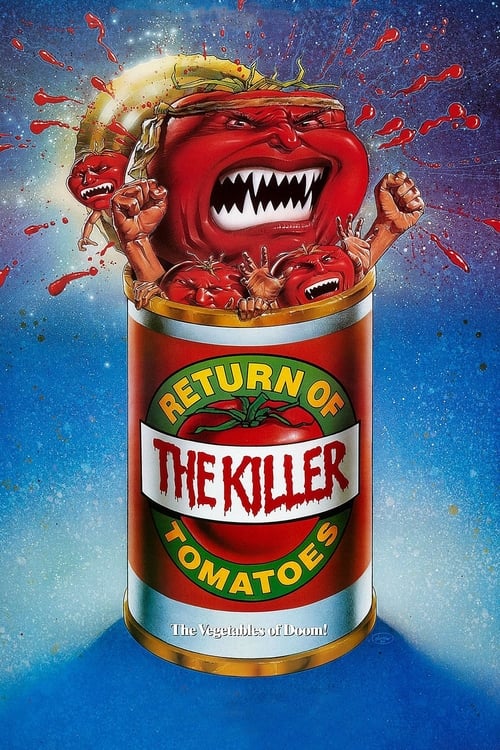 “They were out for blood and rotten to the core.  Now they’re back …”    Just when you thought it was safe to eat a BLT sandwich, the terrible tomatoes return in a nutrition-free sequel that somehow manages to be even worse than the original! It’s been a hard 10 years since the events of the Great Tomato War as depicted in the 1978 “classic,’ Attack of the Killer Tomatoes.   Tomatoes are still banned throughout the country, but a diabolical plot is being hatched by Professor Gangrene (John Astin, “Gomez” from the Addams Family TV series), a plot which will transform harmless love apples (don’t ask) into brutal, muscle-bound, Rambo-adjacent human replicas that can rule the world!   Will the lecherous professor succeed with his bizarre plan?  Can the superhuman tomatoes-in-disguise fool the trained eye?  Can two ‘80s party animals, played by a clearly proud-to-be-involved George Clooney (pre-Oscar and fully-mulleted) and Z-movie vet Anthony Starke (Repossessed) and their Killer Tomato Task Force stop the insidious onslaught before humanity is turned into ketchup?   Who knows, but with shockingly low production values, manic bad movie energy, action that constantly breaks the fourth wall, a wacky surf-rock musical number, and Olympic gold medal swimmer Steve Lundquist as a freaky henchman named Igor, chances are this is going to hit the bottom of the Rotten Tomatoes scoreboard with a delicious splat! 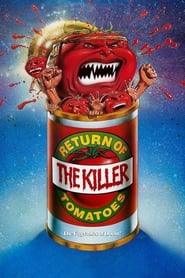