Shriek of the Mutilated

“It walks. It stalks. It tears the shriek out of your throat!” A gang of groovy ‘70s college kids head out to a secluded island in the dead of winter to help their weirdo professor catch a killer Yeti (who looks and acts like an irritated Shih Tzu sporting visible Keds sneakers), in this hilariously inept low-budget gore flick filled with unintentional surrealism, sleazy sex and violence, and a “shocking” WTF twist ending that will melt the contents of your skull!  Featuring the “hit song” Popcorn, by Hot Butter!  From the director of The Ultimate Degenerate and the writer of Invasion of the Blood Farmers! (Dir. by Michael Findlay, 1974, USA, 86 mins., Rated R) 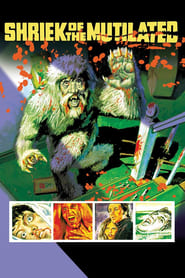