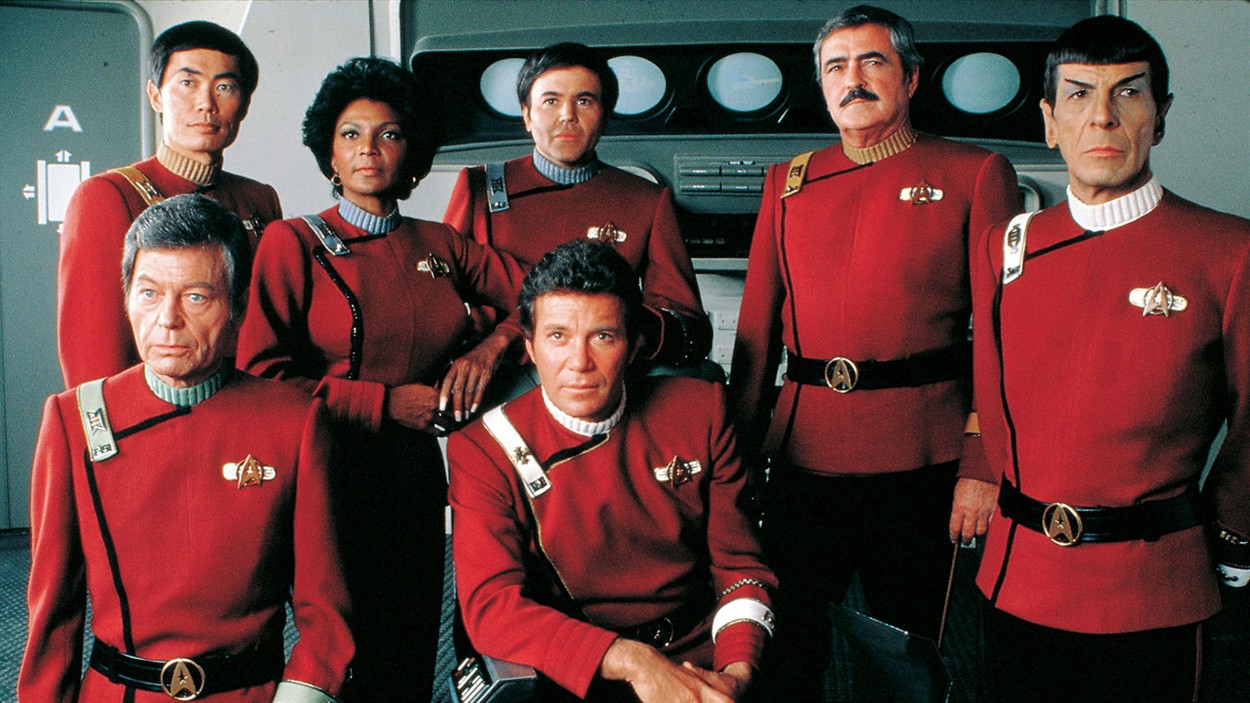 “KHAAAAAANN!” Hop aboard the USS Enterprise for the sci-fi classic often regarded as the best of the long-running Star Trek film series. In Star Trek II: The Wrath of Khan, Admiral Kirk (William Shatner) escapes the tedium of a desk job to join Mr. Spock (Leonard Nimoy), Dr. Leonard “Bones” McCoy (DeForest Kelley) and the rest of the Enterprise crew on what could well be his very last space mission. While boldly going where no man etc. etc., Kirk crosses paths with his old arch-enemy, the vengeful intergalactic exile Khan (Ricardo Montalban, reprising his role from the original ‘60s TV series), who, after decades of burning hatred, has armed himself with the secrets of life, some very unconventional alien weaponry, and a burning desire to wipe out the crew of the U.S.S. Enterprise. Soon, our bare-chested bad guy, leading a crew of near-savage space prisoners, has laid a deadly trap for his enemy Kirk, and set in motion a diabolical plan for universal Armageddon! Featuring thrilling action, dramatic fireworks and a scenery-chewing acting battle between Shatner and Montalban that threatens to tear open a giant hole in the universe, Star Trek II: The Wrath of Khan is an epically entertaining space opera (with ear-burrowing space worms!) that really satisfies. (Dir. by Nicholas Meyer, 1982, USA, 113 mins., Rated PG) 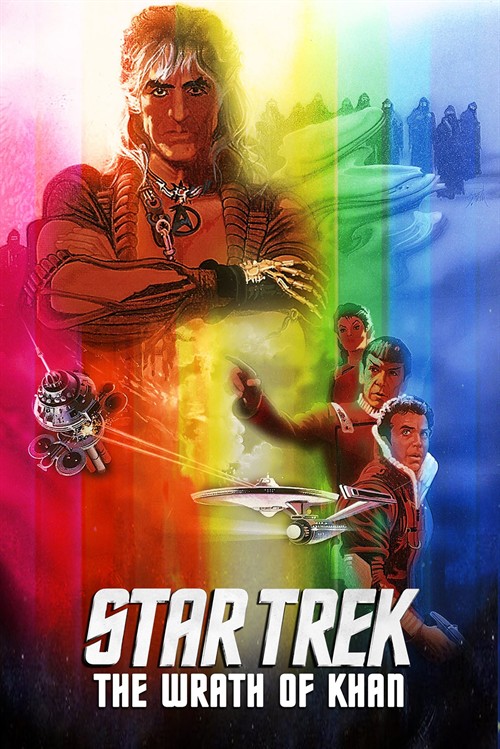