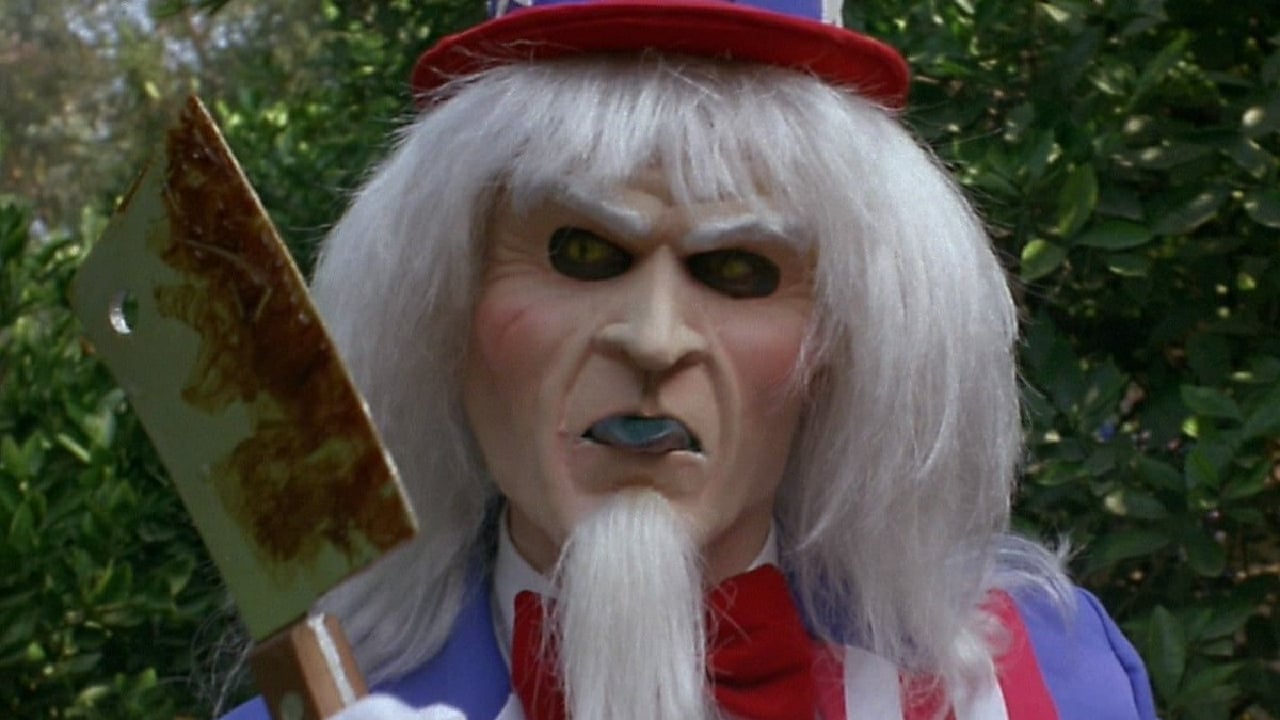 “He Wants You … Dead!” Ahhhhh, the 4th of July.   A time for picnics, parades, fireworks … and pure trash movie terror!  This wacky Patriotic G.I. Zombie Revenge flick, written by exploitation legend Larry Cohen (Q: The Winged Serpent) and directed by William Lustig (Maniac), takes on Independence Day with a bizarre mixture of anti-war satire, slasher antics and good old-fashioned sleaziness.   American soldier Uncle Sam, as he’s known to his hero-worshipping young nephew, is a bullying homicidal misfit too tough and too mean to die.   Killed in the line of duty in Kuwait, his corpse is sent back to his small hometown for burial, but instead of rotting peacefully in the ground, it crawls out of its casket and decides to keep the war going – on its own terms!  This patriotic, burnt-faced zombie maniac, outfitted with a spiffy new Uncle Sam costume and a few choice weapons, declares war on anyone who doesn’t love their country as much as Uncle Sam does.  Punks, crooked politicians, draft dodgers … you name it, Uncle Sam is ready to chop its head off, run a sharpened flag pole through its gut or burn it to death with deadly firecrackers.   As the town’s big Fourth of July celebration approaches, Sam’s reign of terror escalates, and it seems that no one is safe from his star-spangled splatter revue. Will his annoying nephew be able to convince the town that Uncle Sam is out to get them, or will the maggot-infested patriot take them all straight to hell?    Featuring a cult movie dream cast including Isaac Hayes as a tough Korean War vet and Bo Hopkins, Timothy Bottoms, P.J. Soles and Robert Forester as guest victims, this is one bloody Independence Day the world will never forget!  (Dir. by William Lustig, 1997, USA 89 mins., Rated R) 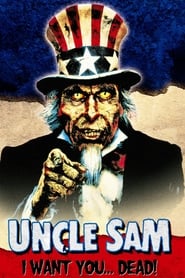