Where Is Anne Frank

With Director Ari Folman in Person for a Q&A!

With director Ari Folman in person for a Q&A!

Where is Anne Frank brings the famous diary of Anne Frank to the big screen from an unusual perspective, that of Anne’s imaginary friend, Kitty, to whom the diary was originally addressed. Kitty comes to “life” in Anne Frank House in Amsterdam. Having only the knowledge offered in the diary pages, Kitty journeys into modern-day Amsterdam to discover what happened to her creator and good friend Anne after the diary ended abruptly.

The film reflects on the horrors of the Holocaust. Through Kitty’s exposure to the plight of refugees in modern Amsterdam, it leads the audience to ask if we learned anything from the most horrific genocide in the history of mankind. The film provides a wonderful cultural and artistic experience as well as an educational opportunity. It offers magical animation work and pop culture vignettes that will appeal to young and older viewers, thereby encouraging a cross-generational conversation on the Holocaust, refugees, and racism. (Dir. by Ari Folman, 2021, Belgium/Luxembourg/France/Netherlands/Israel, in English and French. 99 mins., Not Rated)

This special pre-release screening is part of the director’s first tour to the US to promote his new film. The University of Arizona is one of ten leading American universities that will host the director and the film. Ari Folman is an Israeli director, animator, and composer. His animated documentary Waltz with Bashir (2008) about the Sabra and Shatila massacre in Lebanon received an Oscar nomination for Best Foreign Film. While working on Where is Anne Frank, Folman in collaboration with Israeli illustrator David Polonsky also published Anne Frank’s Diary: A Graphic Adaption. Folman is the son of two Holocaust survivors and lives in Israel.

This is a rental of The Loft Cinema, presented by The University of Arizona Center for Judaic Studies. 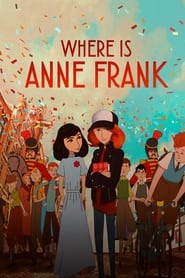