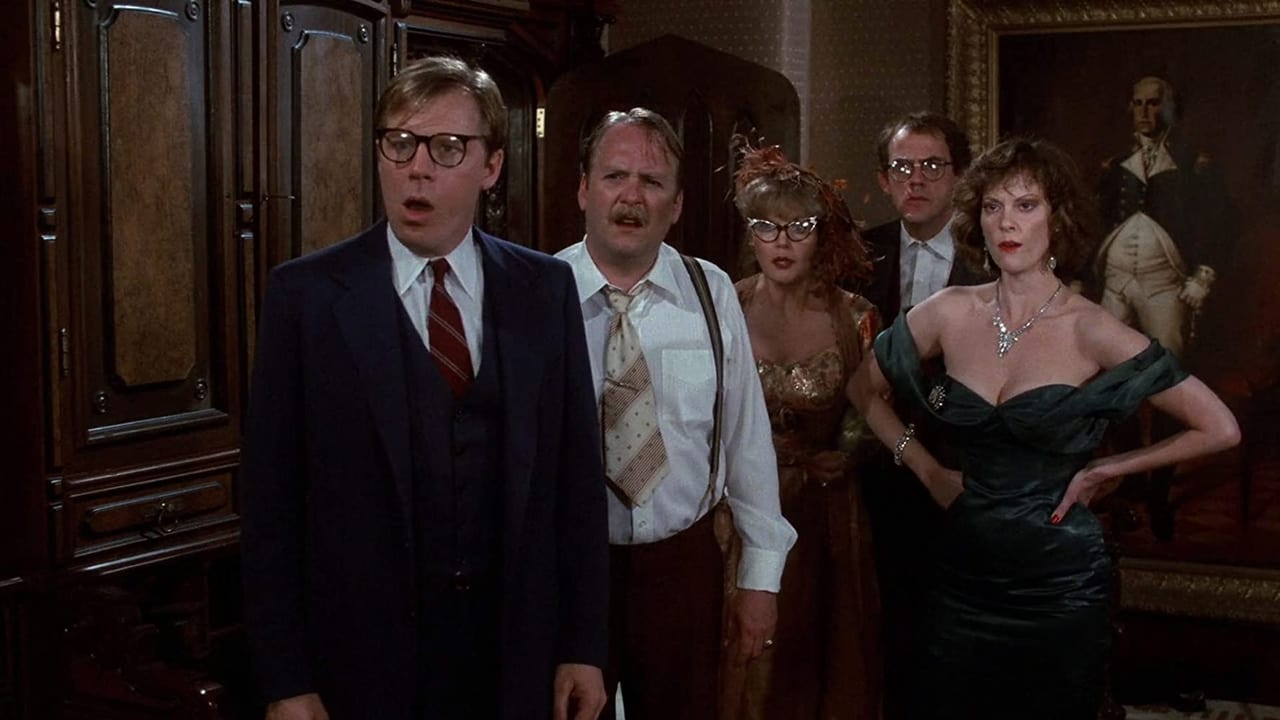 Who killed Mr. Boddy, and in what room with what weapon?  In this cult-tastic spoof of McCarthy-era paranoia and 1950s wholesomeness, the crazed characters and crackerjack plot are drawn from the popular Parker Brothers board game of the same name. On a dark and stormy night in 1954, six mysterious individuals are assembled for a dinner party at the swanky mansion of one Mr. Boddy (Lee Ving). Boddy’s butler, Wadsworth (Tim Curry), assigns each guest a colorful name: Mr. Green (Michael McKean), Col. Mustard (Martin Mull), Mrs. Peacock (Eileen Brennan), Professor Plum (Christopher Lloyd), Miss Scarlet (Lesley Ann Warren), and Mrs. White (Madeline Kahn). Two additional servants, the Cook (Kellye Nakahara) and Yvette, the maid (Colleen Camp), assist Wadsworth as he informs the guests that they have been gathered to meet the man who has been blackmailing them: Mr. Boddy. When Boddy turns up dead, however, the guests must try to figure out who killed him so they can protect their own reputations and keep the body count from growing.  Deftly mixing wild slapstick, hilarious wordplay and a gaggle of first-rate comedic performances, Clue proves that turning a board game into a film isn’t necessarily a terrible idea, provided it’s done with this much style.  In a movie first, three separate endings were filmed for Clue and shown in different theaters during its original release; all three versions will be shown here.  (Dir. by Jonathan Lynn, 1985, USA 94 min., Rated PG) 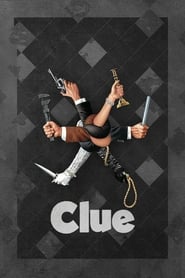