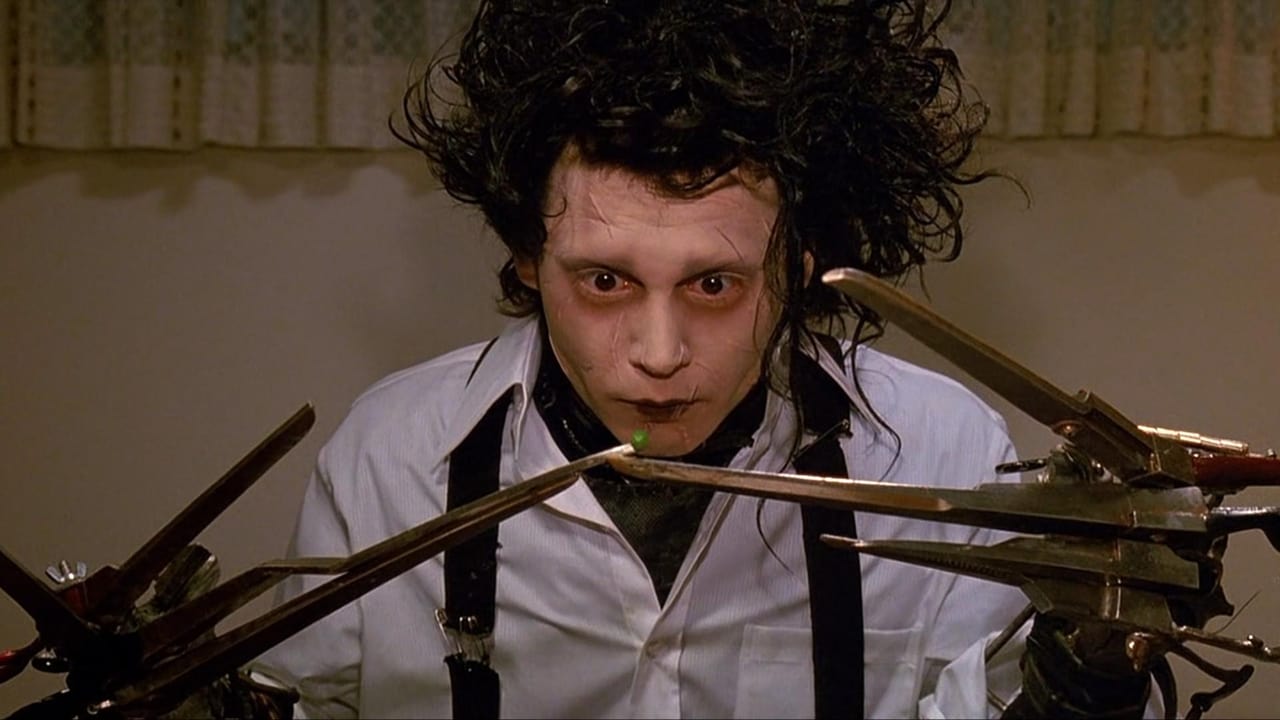 Tim Burton, following the red-hot box office success of Pee-Wee’s Big Adventure, Beetlejuice and Batman, crafted this delicate and beloved modern day fairytale about an artificial man, soulfully played by frequent Burton star Johnny Depp, in the film that launched his career. In Edward Scissorhands, our hero’s loving if daft inventor/father, Vincent Price (one of Burton’s childhood movie heroes, in his final screen role), dies before finishing poor Edward, and leaves him with razor-sharp scissors for hands.  But Edward’s lonely life in his Gothic castle changes forever when fortune comes calling in the form of kindhearted Avon lady Dianne Wiest, who takes him into a pastel paradise known as Suburbia, a place where someone like him might have difficulty fitting in. However, thanks to his fantastic topiary talents, Edward soon becomes a neighborhood sensation.  But when he falls in love with popular high school cheerleader Kim (a blonde Winona Ryder), Edward soon receives a crash course in what it means to be “normal.” Perhaps Burton’s most heartfelt and inventive film, Edward Scissorhands is an utterly original, utterly eccentric creation that just gets better with age. (Dir. by Tim Burton, 1990, USA, 105 mins., Rated PG-13)