The notorious Turkish rip-off to end all Turkish rip-offs, Turkish Star Wars (aka The Man Who Saves the World) is a mind-warping, eye-popping, indescribable Grade Z cinematic “homage” to a certain blockbuster hit filled with evil wizards, lasers, skeletons on horseback and a blatant overuse of unauthorized footage from “that other movie,” not to mention music lifted from Flash Gordon and Raiders of the Lost Ark!  A film so amazing not even Ewoks could ruin it.  (Dir. by Cetin Inanc, 1982, Turkey, dubbed in English, 91 mins., Not Rated) 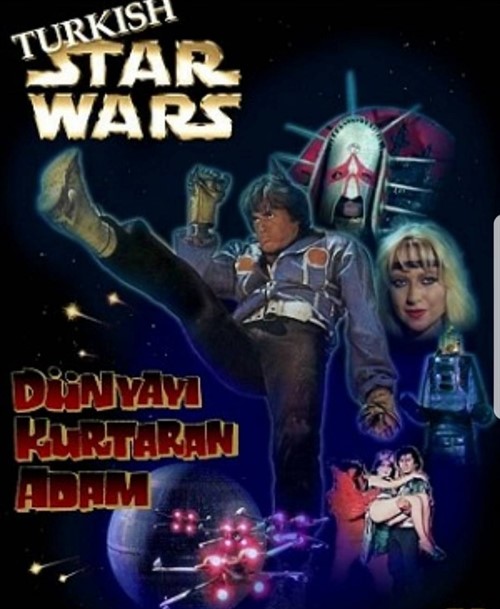